The Peerless Honda Tadakatsu Sets Forth for Battle!

Honda Tadakatsu, the strongest samurai in service to the Tokugawa family and rumored to be untouchable, has arrived!
The talented VA is VTuber Asano Ruri, and the character illustration is thanks to Oguchi-san!

Tadakatsu attacks primarily with the earth attribute and a fantastical weapon of legend, the Tonbokiri! Comprised of both a spear and mechanical wings, the wings can be separated and deployed in either an attack or defense formation as the situation demands.

The cool and stoic Tadakatsu swears allegience to none other than Tokugawa Ieyasu, making her an unrivalled presence on the battlefield. Let her versatile skills and capability lead you to flawless victory! 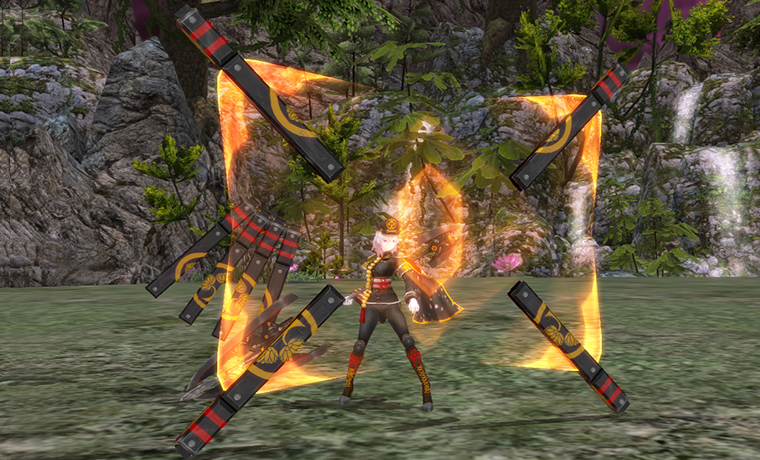 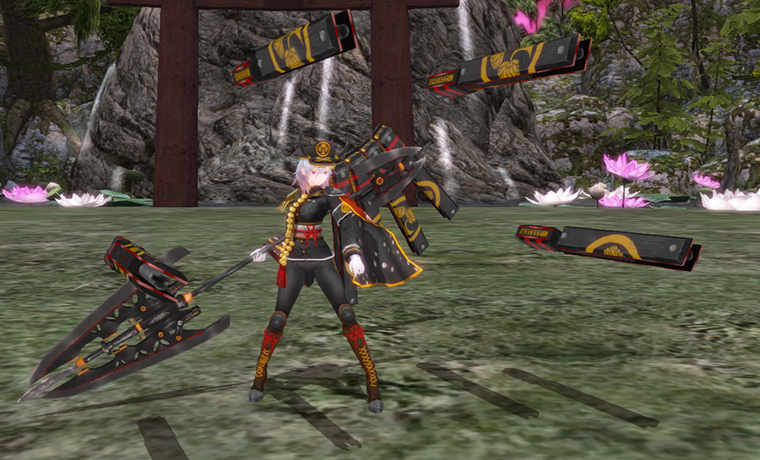 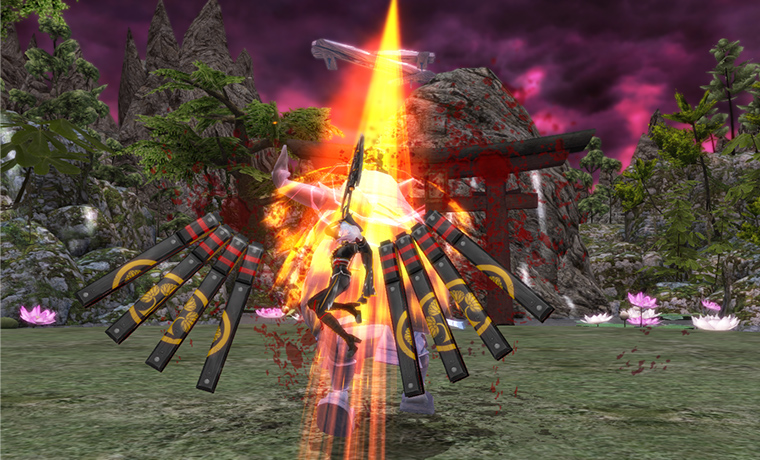 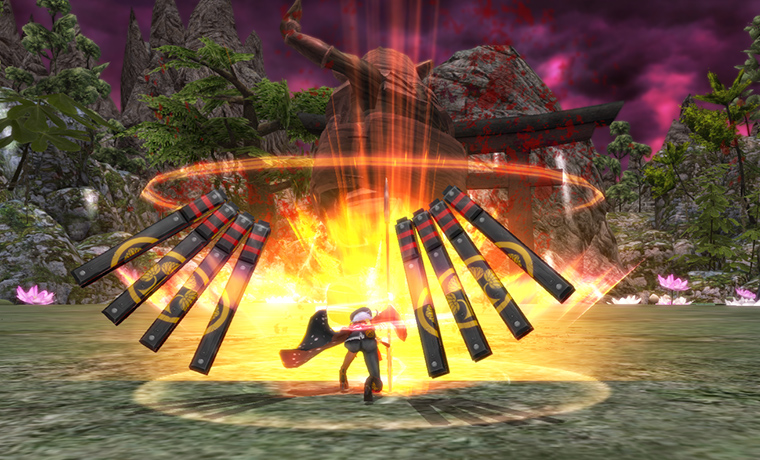 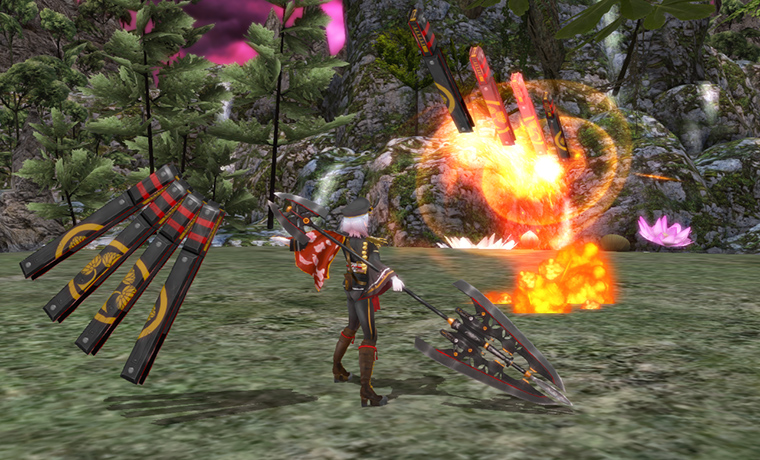 A peerless general serving the Tokugawa family, rumored to be untouchable.
Calm and almost ruthlessly efficient, Tadakatsu cuts down anyone who dares to oppose her sworn liege, Tokugawa Ieyasu.
Especially noteworthy are her jet black shield and spear. The Tonbokiri spear was specially made made by Ieyasu as an anti-youkai weapon, and it was rumored to be crafted from an ancient metal excavated from a burial site. It was so powerful at its creation that other army warlords, strong and capable, could not contain its power, and they shied away from its use.
However, Ieyasu happened to be traveling through Mikasa when he found Tadakatsu battling a Kamikui alone.
Ieyasu granted Tadakatsu the Tonbokiri and Tadakatsu, bereaved of her home by the Kamikui, exceeded all expectation in its use.

Only in a battle for life or death does Tadakatsu's face ever break a smile. It is rumored that she hunts for strong opponents, frequently asking Sasuke for the location of the young tiger, Sanada Yukimura.

Honda Tadakatsu will feature prominently in the new event [Akitsu, Kusatsu, and the Peerless]

Miroku won a free Kusatsu Onsen Ticket from a holiday lottery! How lucky! Now the party heads to the hot spring of Kusatsu, who seem to be in the middle of a crisis...?! Find out what happens next in-game!

The new Limited Nyankoropon featuring [Honda Tadakatsu] will appear at 00:00 January 1, 2022 JST!
Additionally, new colors for the [Oiran] and [Gang Jacket] avatar parts will be available! Be sure to check out the [New Year's MyRoom Nyankoropon] for seasonal items like Kagamimochi and the many other Nyankoropon as well!

Generous Nyankoropon where you can get various limited-time characters such as Kotaro Fuma and Maeda Keiji will be available starting January 1st! The appearance period varies depending on the character, so please check the news for details ♪ Don't miss this opportunity!

A collaboration with Ruri Asano, the talented Vtuber voicing Honda Tadakatsu, has been realized!
Players can celebrate with mini character accessories and MyRoom furniture items! Look for them in the Loin Bonus Calendar or in the [Akitsu, Kusatsu and the Peerless] event exchange! Let's play Onigiri together!

In addition, you can find other festive offerings like the Shopping Plaza Sale, where you can purchase items at a special price, a Dungeon Boost Campaign for the Warding Dungeons, and Christmas Gift Campaignwhere you can get Premium Nyankoropon tickets!
It's a holiday and new year special at Onigiri! 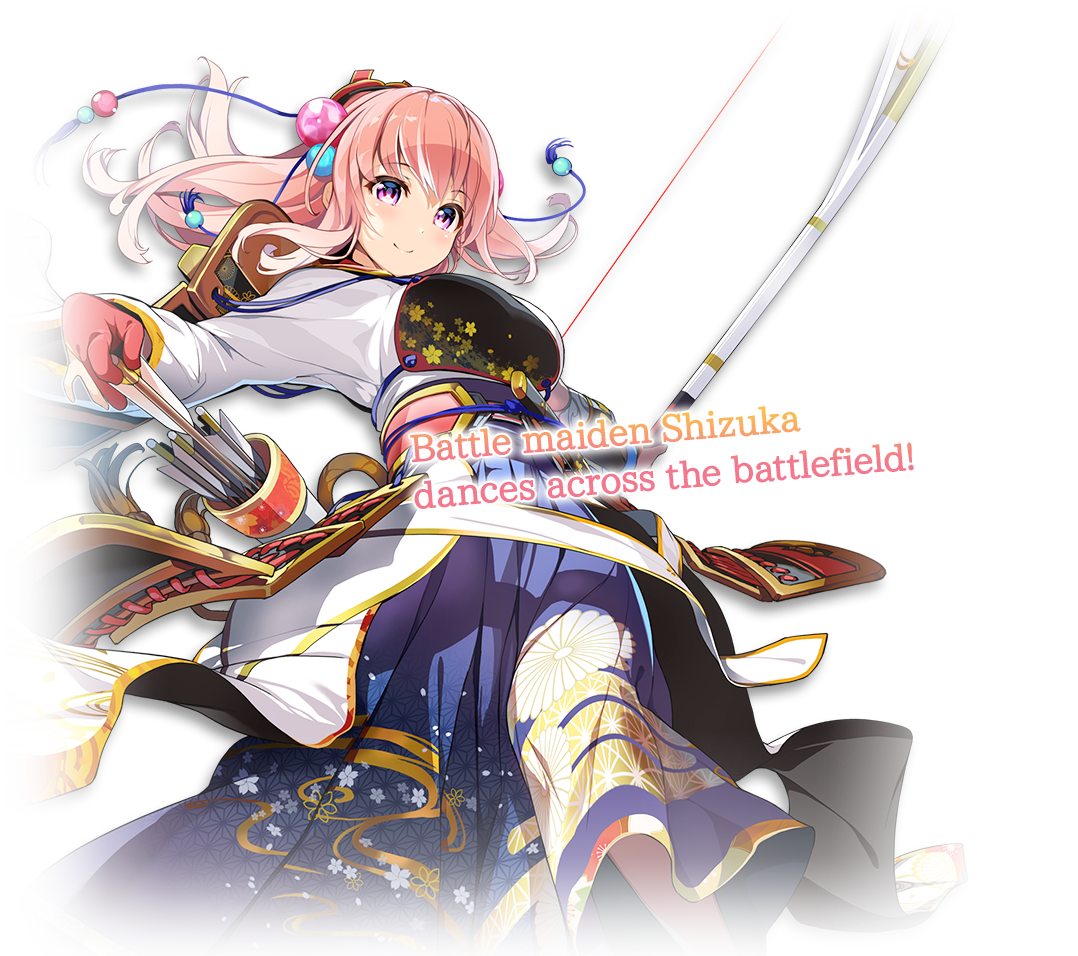 Newly powered up and ready to fight, Battle Priestess Shizuka makes her debut!
In addition to attacking with fire, she can also perform recovery support and lower the enemy's fire resistance!
Set out on new adventures with the flower of the battlefield at your side! 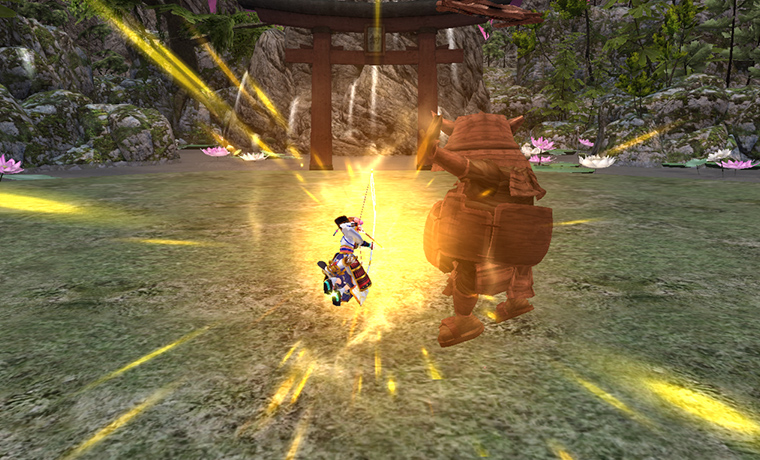 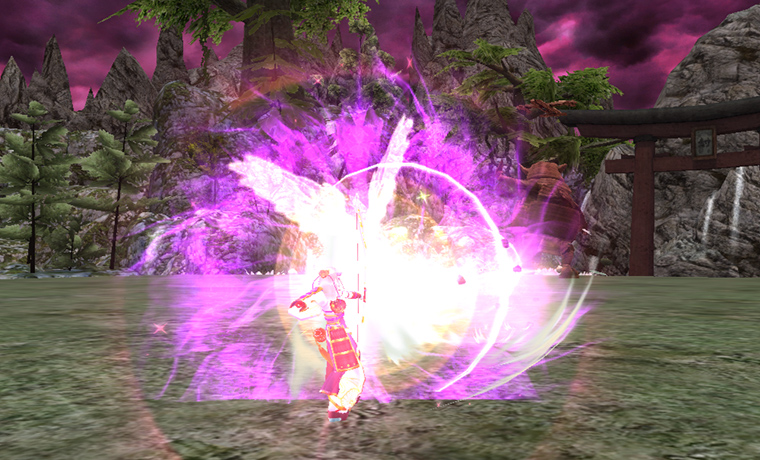 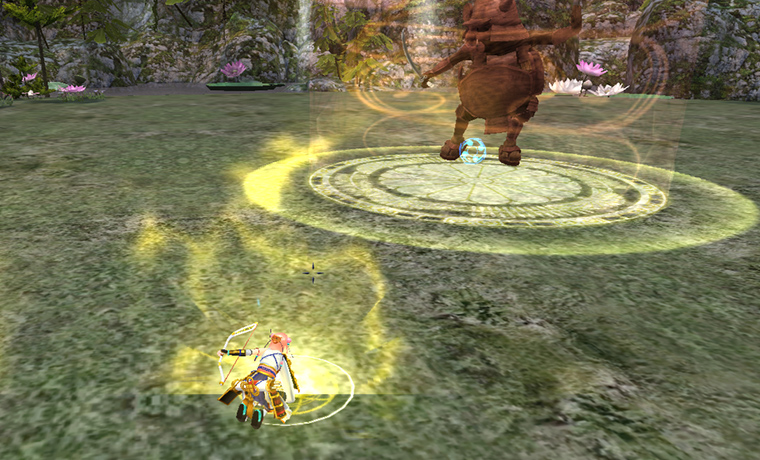 The princess of the Kagura Shogunate of a mysterious alternate Japan.
As a result of the harsh discipline and education she received as a child, she ran away some time ago. It was only after arriving in Onigashima that she met and befriended the player character.

Lady Tomoe, Shizuka's mother and wife of the Shogun, was said to have received the enchanted bow from the fabled Masako, considered one of the pillars of the Four Gods of old, and now she passes along that battle dress to her daughter.
Her new outfit differs greatly from what Shizuka is accustomed to wearing, as it's tailored for the battlefield--but her important hair ornaments remain unchanged.

Saving Edo castle helped Lady Shizuka bloom into a responsible young lady with a mind for her duty, and she carries her arrows with her as a proof of her resolve to help better the world.

Some things remain unchanged, however, as she still eats well--perhaps even moreso now that she needs the physical strength to wield the enchanted bow gracefully.

The 8th Anniversary Gratitude Gala will be held this year!

In addition to [Battle Maiden Shizuka], Lady Shizuka and Miroku's cosplay avatar parts will appear in the Nyankoropon!
You can also find the [Dress-Up Miroku Pack (for men)] and [Dress-Up Shizuka Pack (for women)] Outfit Change Packs are available in the Shopping Plaza! Don't miss them!

Edo castle had come to be surrounded by a malevolent miasma... Although the shogunate did everything in its power, the situation did not show any signs of improving, and would soon become dire.
Lady Shizuka thought about her mother whom she had left behind in the castle, and the sparkle of resolve lit in her eyes.

Collect items available in event-only dungeons and exchange them for exclusive avatar parts and magatama!
You can even find Maid Outfit Chnges for familiar characters, such as Miyamoto Musashi and Izuna!

In addition, there are new items in the Point Daruma exchange and a mysterious new powder that raises the grade of magatama...!
Let's celebrate the 8th anniversary of Onigiri together!

Onigiri is an MMO action RPG for PS4 set in amythical ancient Japan, with satisfying combat and a variety of weapons.

Not only can you play with other players online, but you can also travel the mystical world and fight together with your eight curious companions.
Enjoy exhilarating action with highly customizable weapons and skills, all with with a simple operation scheme. 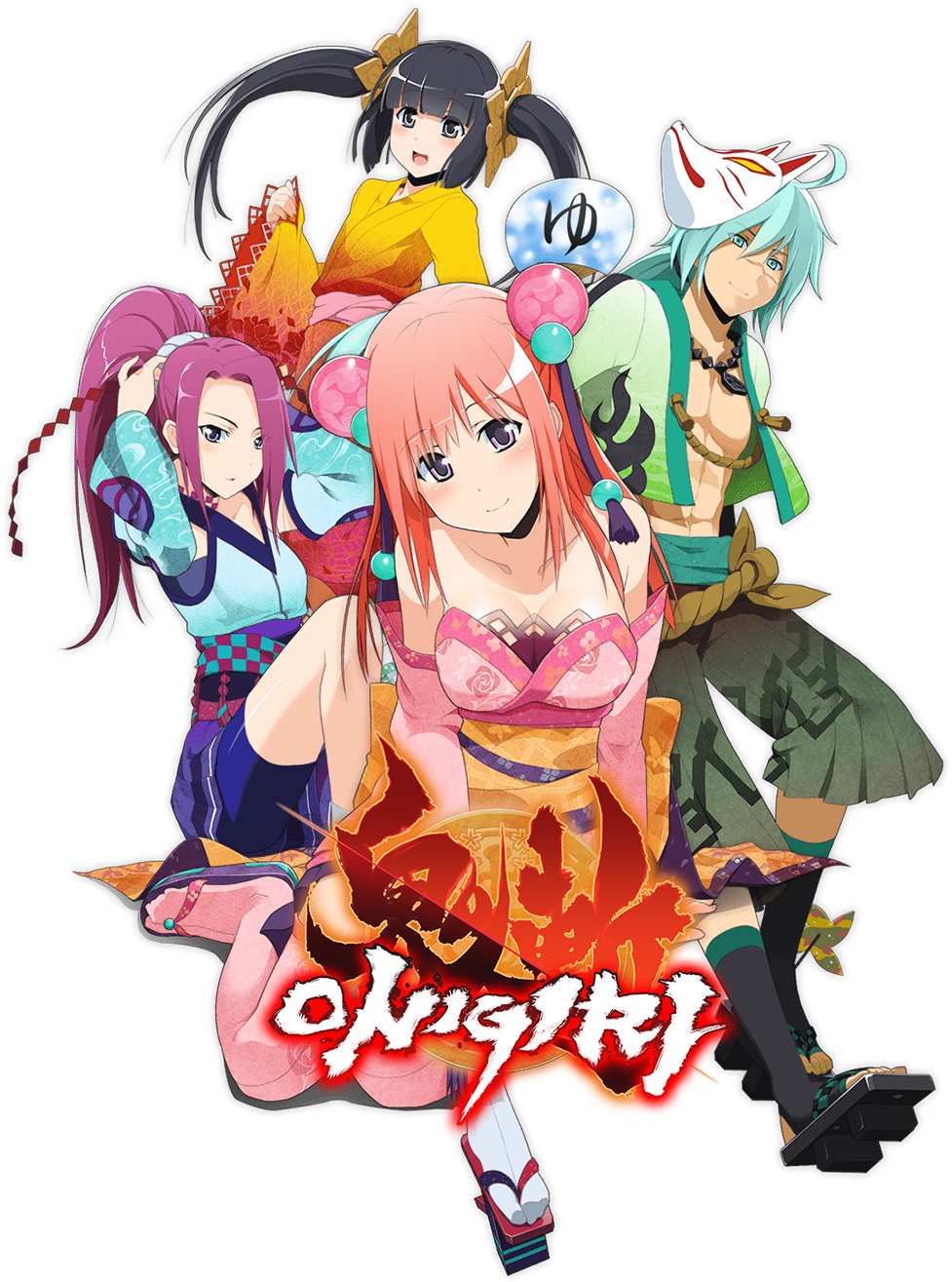